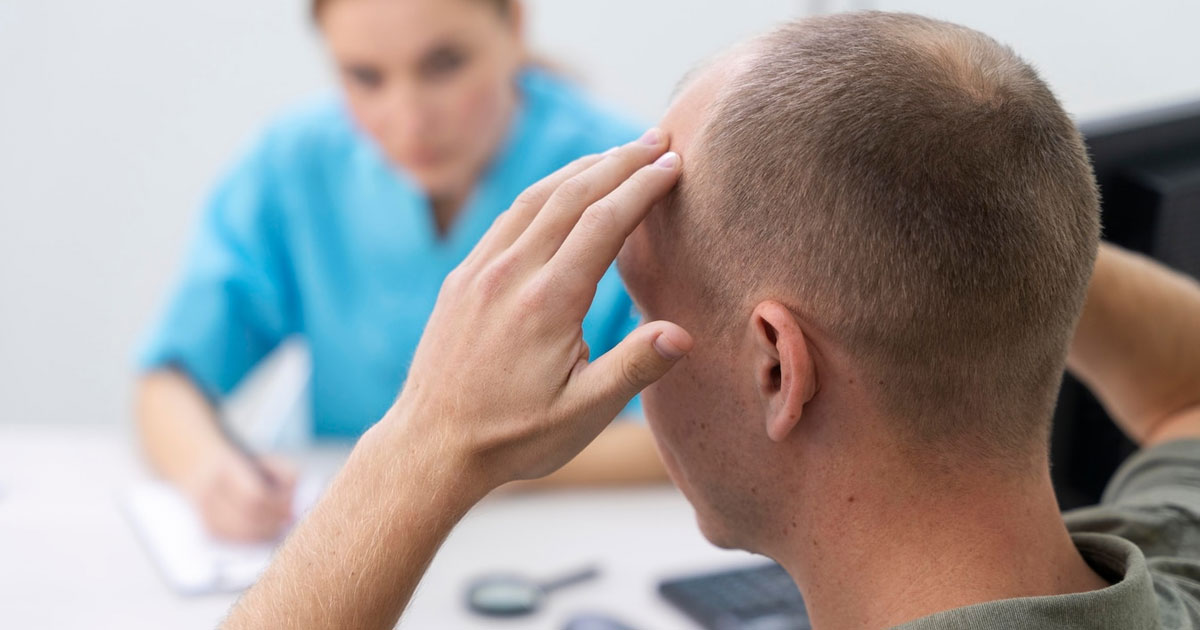 It’s called a “pattern” because as the hair thins and recedes, it quite often does so in a very predictable fashion and area-by-area on the head. Again, fairly often at one stage, the remaining hair appears to be roughly in the shape of an “M”. There are however, a variety of sub-types of MPB that may follow a slightly different path.

Although some mythology suggests otherwise, in reality, some women may experience MPB too.

That’s considerably more unusual than in men, the pattern may be different and the effects are typically less severe but it can still happen due to the same causes, which will be discussed below.

The common folk-tale that MPB is ‘somehow’ linked to sex isn’t entirely false even if it’s fundamentally misunderstood! There is, in fact, a link to the commonly called “sexual hormones”, though not necessarily their quantity or efficacy.

Both men and women produce the hormone testosterone. In men, it’s mainly in the testes and prostate and in women, the ovaries. In most cases, men have considerably higher levels of testosterone than females, which accounts in part for certain characteristics usually associated with ‘maleness’.

Certain enzymes in the body transform testosterone in both sexes into another hormone called “dihydrotestosterone”, which is commonly referred to as “DHT”.

Paradoxically, DHT is responsible for hair growth everywhere on the body – apart from the head! It explains why, in most cases, men will incline towards more facial and body hair than women.

On the head however, things are different. DHT clings to hair follicles and it can trigger receptors that tell the follicle to start shrinking. As it does so, hairs become increasingly fine and production may stop altogether.

Thus, there is a clear and established link between testosterone, DHT and some forms of hair loss and hair thinning.

If you’d like to know more about the specifics of these mechanisms, you should consult a specialist at a treatment centre.

Why doesn’t it affect everyone?

Every single person is different, so the above mechanics may have very different effects from one person to another.

There are other facts that might interact with DHT in terms of the total impact on your hair loss:

Sexual activity and other myths

To be clear and sweep away some very ancient myths: 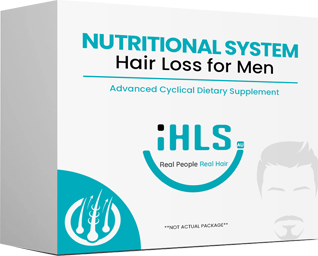 Greg
Innovative are always super friendly and helpful. I’ve been with them for years and the results speak for themselves!

Linda Franze
Very helpful, supportive and proactive in managing my hair growth. The friendly staff who really listen, make all the difference. A big thumbs up to Geraldine who is such a wonderful, efficient and caring consultant.

Jordan P
I first went to IHLS in February 2021, I had tried other hair loss places and had gotten nowhere but I had a friend who had gone here and his results were impressive. When I first went, i had significant hair loss to my crown and my front hairline was receding. I didnt have much hope for my hair but I thought I would give IHLS a shot anyway. I still cannot believe the results they helped me achieve to this day. My crown is almost filled in, my hairline is returning to normal and the colour of my hair had darkened to a colour I hadn't seen in years. My self esteem went up and my family who would avoid the subject before, keep mentioning how much my hair has improved. Anyone who has been considering getting assistance for their hair loss, IHLS has my full confidence and I highly recommend them as the place to go.

James
First appointment with Lisa was very pleasant and informative. I was told exactly what was happening with my hair, reassured that it was possible to regrow, and shown different packages to suit me to help regrow. After only a couple of months there has been a huge difference in my hair. All the thin patches have grown back as I was told they would. It is very easy to maintain the products given to me to help regrow my hair. The staff are always extremely helpful and friendly and the complimentary head massage is always a nice touch. I was sceptical at the start, but now after attending for a few months I would highly recommend to anyone thinking about it. Thanks IHLS

Kenji Kam
It’s really work. I got my hair back with better quality of the texture. Really appreciate

Courtney Swan
After experiencing extreme postpartum hair loss the team at innovative hair loss solutions set me up with a hair care plan and within a short 4 months a significant amount of hair has already grown back and left my overall hair much healthier and shinier. I can not recommend these products enough!
Google rating score: 4.3 of 5, based on 54 reviews.